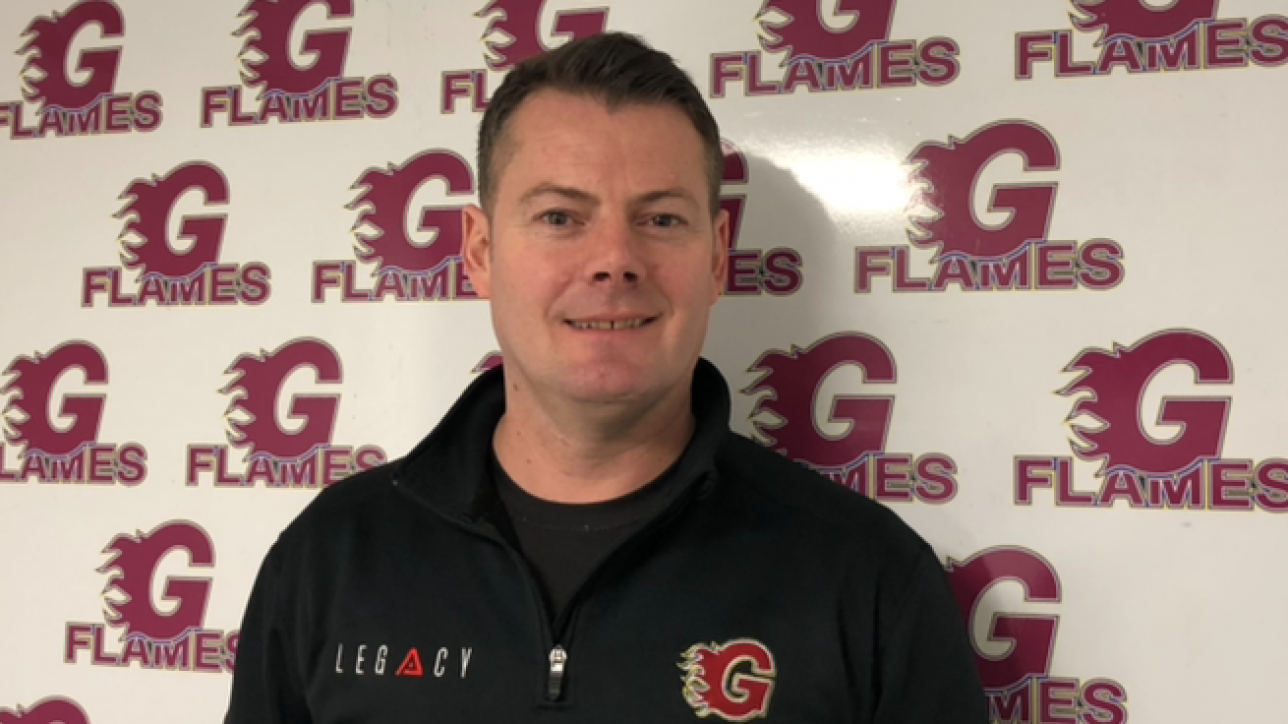 Guildford Flames’ Paul Dixon has retired from playing Ice Hockey and will remain as head coach of the organisation.

On his retirement, Paul who turned 44 in August, sitting relaxed on an old wooden three slab bench in a cold mint green changing room which is used for the game night officials said that during the 2015/2016 season he stoppedplaying due to a separated shoulder and went through the rehabilitation process. 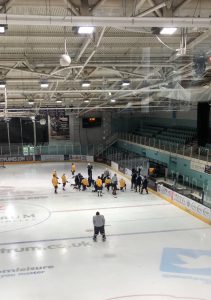 When it came to the end of the 2015/2016 season and the start of the selection process “I started to select the team and didn’t put myself in that selection process, any form of announcement just kinda fizzed its way out with no official announcement made. I think it’s fair to say I am retired.”

The former Great British defenceman iced a total of 928games for Guildford Flames over a seventeen year period.

During that time, he managed to win the Alan Weeks Trophy in the 2000/2001 campaign. The trophy was awarded to the best British defenceman as voted by the Ice Hockey Journalist UK. The Trophy is no longer awarded and Jonathan Weaver who won it for five consecutive seasons was the last recipient winning it in 2010.

Paul Dixon started his hockey career in the 1989 – 1990 season playing for Durham Wasps. Dixon also had spells with Humberside Seahawks, Sheffield Steelers, Newcastle Cobras and Newcastle Riverkings before making the switch to Surrey in 1999. 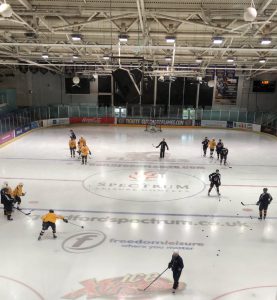 Paul teamed up with the then player-head coach and Guildford Legend Stan Marple. He reminisced over the move to Guildford saying that “it was and wasn’t a hard decision at the time, back then there was no limit on import players so there was no need for British player’s in the teams.”

The move to Guildford came about when Stan Maple, who was asked to be a guest coach for Great Britain during the Ice Hockey World Championships in 1999 and Dixon was part of the Defence setup at the time. Paul said that “Stan caught me at a good time, as I was disillusioned about my place at Newcastle, so I thought why not give it a year in Guildford to see how it is and nineteen/twenty year later I’m still here, so I guess it went okay.”

When Paul moved to Surrey he found it to be a beautiful place and beamed when talking about his family, “Guildford is a lovely place to live, I can’t speak highly enough about the place my wife and children from the area, this is home for me. I do go back to the northeast as I’ve still got family there.”

As Coach Dixon is now the longest servant taking over as player-coach in 2007/2008 season and guiding Guildford to the English Premier League title in his first term.

He explains what it was like at the time transitioning from player to coach, “on game day you wake up, think okay I’ve just got to worry about myself, how am I going to prepare to be the best I can be on the night. Now I wake up and all week long I train the team, plan my systems, and have meetings with the team. It doesn’t become about me anymore it and my focus is on another twenty guys.”

This is the Flames first season in the Elite League and Dixon set himself no targets. All he wanted to do was create a team that can compete. Paul explained “when we started the selection process we started before the end of last season. What we wanted to do was have a young team, we wanted to have a team with speed and skill.” With twelve regular games left in the season, he feels the flames have achieved just that.

The flames made the step up to the Elite League from the English Premier League due to the league disbanding because of clubs dropping out and the financial state of some of the clubs struggling to keep up with the demand of the league.

One of the main differences apart from the obvious such as the standard of play and the club turning professional is that the imports have changed from the EPL’s five imports to now being allowed 14 imports.

The organisation has now become professional and training has now stepped up a gear training four or five days a week.  Guildford are currently sixth in the league inside the play-off places and on a one game losing streak.