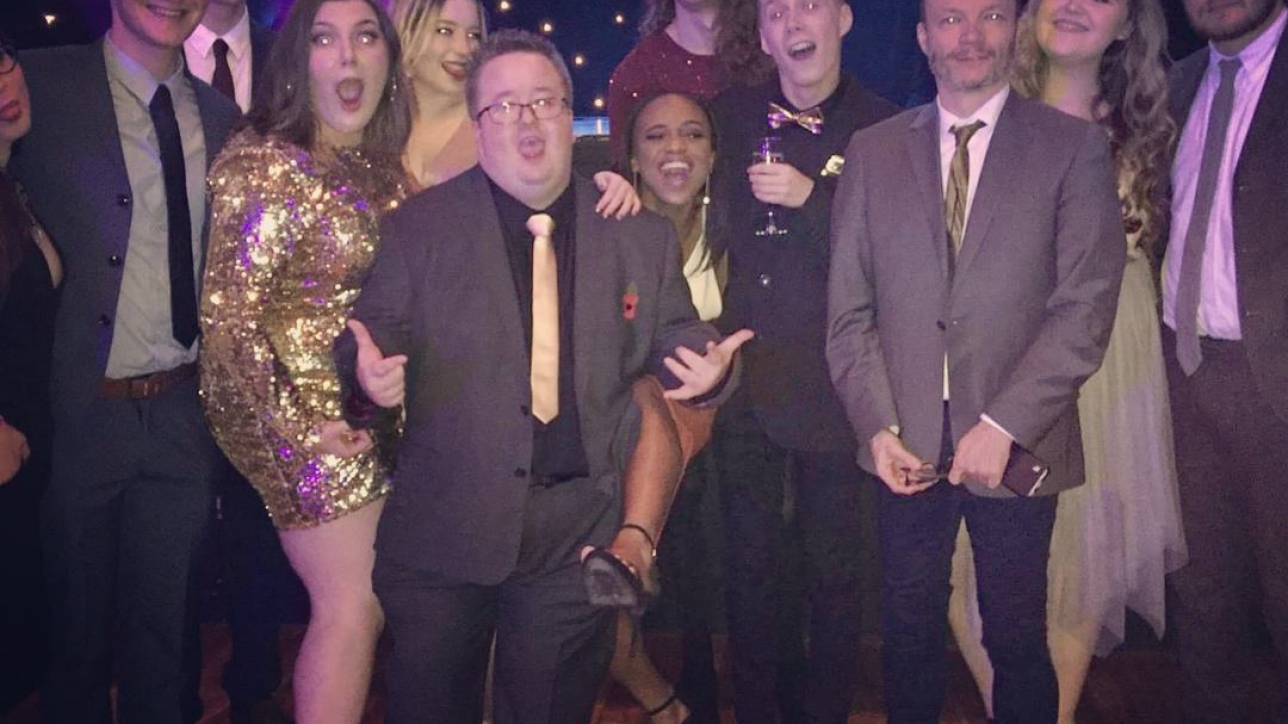 Today was an interesting day. I was reflecting on my one and a half years so far at the University of Westminster and I was thinking to myself is it really worth nine thousand a year on the tuition fees. When I started my path to uni I definitely thought it wasn’t worth the money, however, I knew I wanted to work in radio but I didn’t have the confidence to apply for a job in the industry as I wanted one goal to be a radio presenter.  This goal is still the case.

As I am halfway through the second semester of my second year, I look and think that uni is still not worth nine thousand a year but the experience I have gained is valuable. I have confidence in editing, creating content and producing shows as well as brushing up on my presenting skills. I joined the university radio station committee, this has been a great experience and have worked with some of the greatest new talents that are coming through. 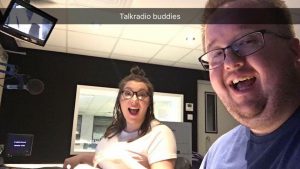 Holly and myslef at Talk Radio

A great story from the second year. I became a friend of arriving new students (Fans for short), looking after the new TV production students and helping them settle into uni life. I stayed up in Harrow close to Uni for the week with  Stephen Small. A friendship which has only blossomed and on the 24th of October I appeared on Stephen Smalls – Small talk on Smoke Radio. As part of a radio feature called ‘Europes Best Car Parks,’ Stephen roped me into going to Billund, Denmark to review a car park. Below is the show that we created. On the 21st November 2017, I did the craziest thing ever with Stephen and Paty. I travelled hungover/drunk to Billund after a night at Monday Madness (a student union night at the uni bar). Leaving straight from the night out to the bus to the airport to catch a 7 AM flight to Billund. To add to this I thought it would be a fun idea to do the show live from Billund. So we did a two-hour live show from Denmark reviewed a car park and toured the brand new Lego House which had just opened in September, I recommend anyone to visit this place we had fun. You can also listen back the two hours below.

HOUR ONE – Live from BillundHOUR TWO – Live from BillundAfter Billund, it all went a little quiet, until last Tuesday. I was in the queue at McDonalds – Waterloo Station when my phone rings, on the screen it reads Stephen Small Calling. So I answer it, Stephen asks what I am doing the following Tuesday. I said nothing. Do I want to be in his sitcom for his third-year uni project? I thought why not, so today I did just that. It was a great fun and a great experience.

To conclude this post about if University is worth the money. Teaching-wise I’ve learnt new skills and I am enjoying the course, however, I do feel nine thousand is a tad expensive but the experiences I’ve had at uni are priceless. I would recommend it if you have a passion for something and don’t know where to start go to University, brush up on some skills meet like-minded people, network, be creative and HAVE FUN. 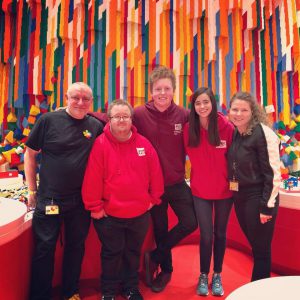 From left to right; Stuart, Me, Stephen, Paty & Trine

Is it Worth Nine Grand? February 27th, 2018Stuart Armour
Share