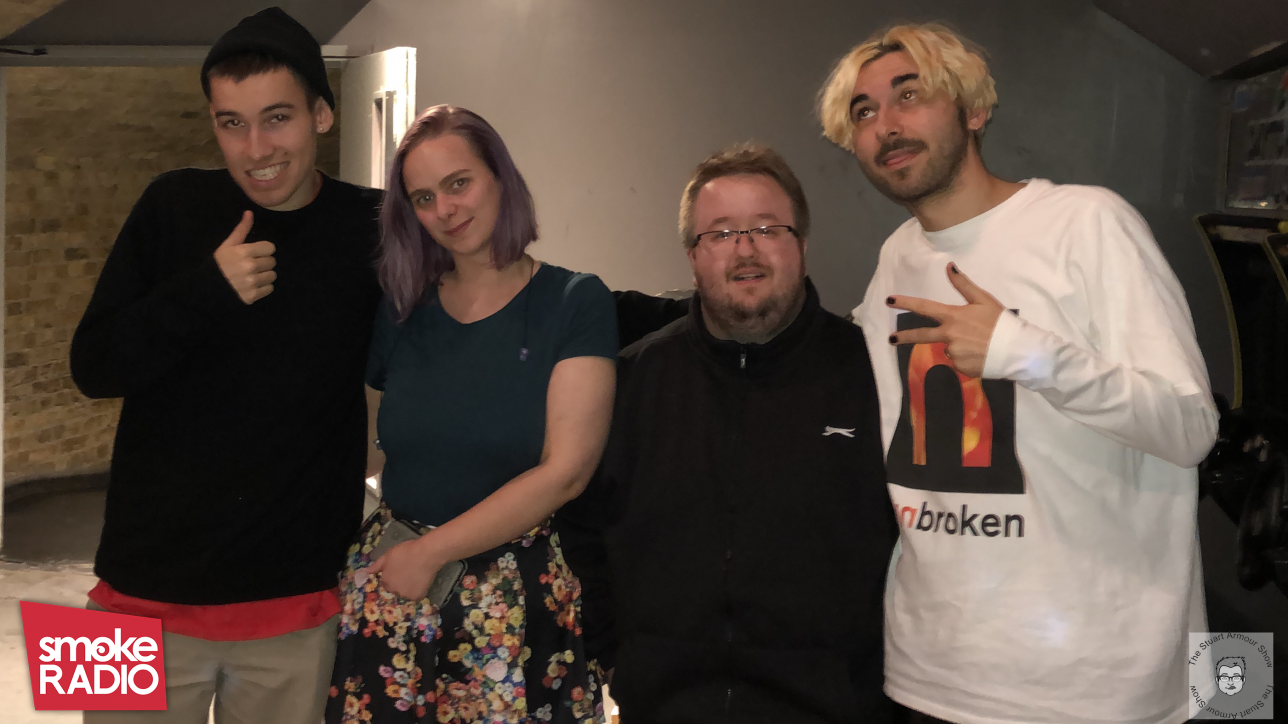 Stuart Armour went to see Bad Sounds on Thursday 25th October at Heaven in London, speaking about the performance Stuart said “Bad sounds are touring their debut album Get Better. What a performance they put on. The Band are reaching new heights being C listed on BBC Radio 1’s playlist and Greg James making them the ‘record of the week’ with Wages as well”.

Bad Sounds joined Stuart Armour on his show, Wednesday 31st October and you can hear the interview in full here.

You can also Listen to Stuart Armour every Wednesday from 4pm on Smoke Radio. or click the link below.